Ahead of next week’s release of our new short film series Tafal, we go behind the scenes to discover how this innovative project was produced, and the challenges and excitement it generated amongst collaborators.

Tafal is an interactive historical project that saw dancers, choreographers, filmmakers, designers, makeup artists, wardrobe specialists, developers and historians collaborate to produce five captivating short dance films. These were filmed in locations across Malta and set to music by local performers including Kantilena, Brodu and Plato’s Dream Machine. Launching next week, the Tafal short film series will tell the story of “A Barber to the Royals,” “The Dead Man’s Penny,” “The Maltese Sailor and Charles Dickens,” “A Maltese Boat for an Admiral” and “The Largest Roman Anchor.”

For Malta’s first contemporary dance ensemble, ŻfinMalta, dancing for a camera outside of a traditional performance space presented unique challenges, particularly given the maritime flavour of this project. As Florinda Camilleri commented on the shooting location for the “Dead Man’s Penny” film: “The cabin itself was very challenging. It was quite a small space and there wasn’t much actual floor space so we had to use the tabletop, the desk, the sides of the room, the ship’s wheel—very unconventional spaces to dance in!” 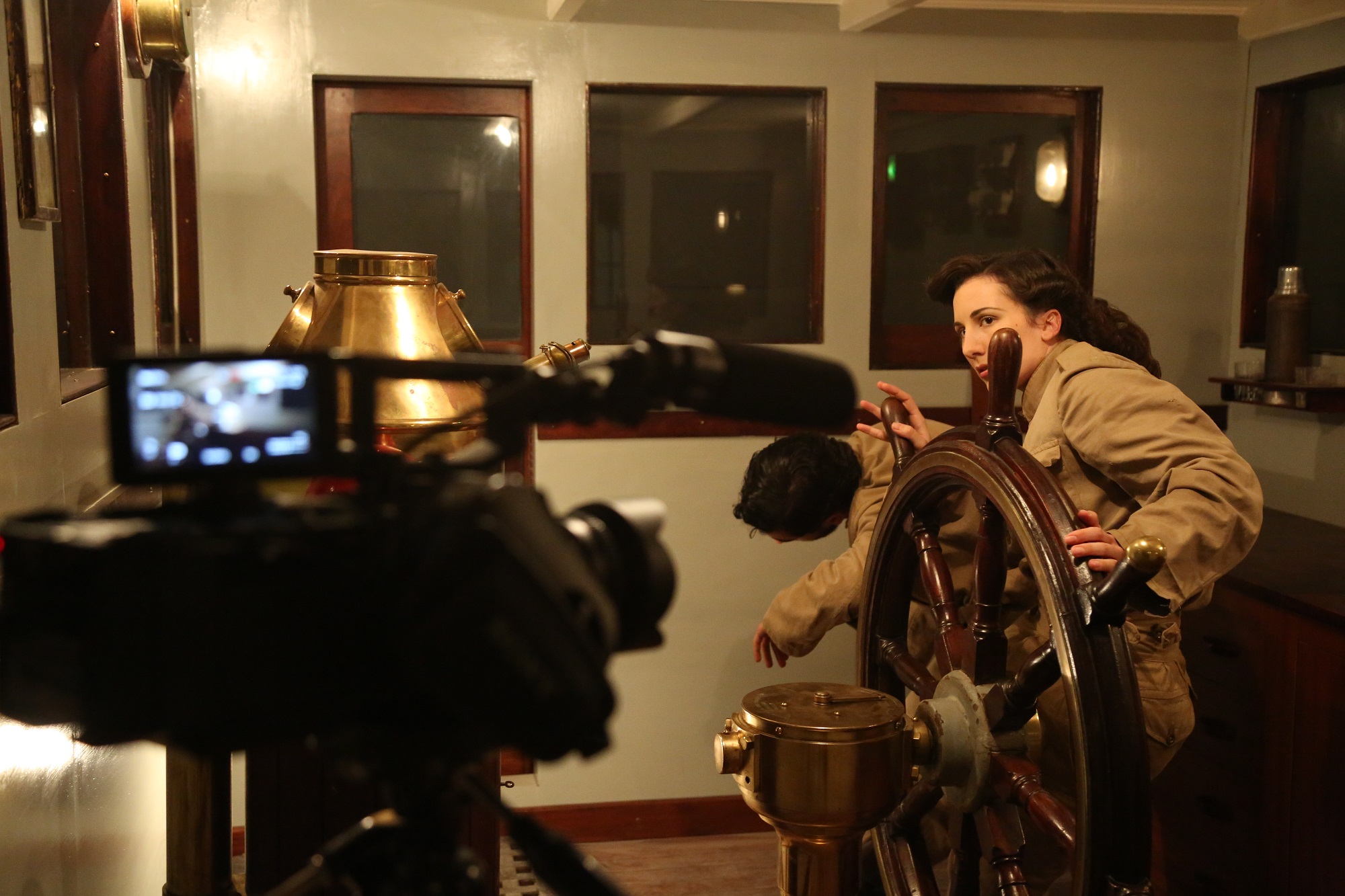 Florinda Camilleri dancing for the camera at The Malta Maritime Museum, Birgu.

For others, like Caroline Mougenot whose “stage” for “A Maltese Boat and an Admiral” was a dagħjsa, the sea itself proved to be a challenging (and stomach churning) dance partner: “There was a lot of movement and sometimes we had to stop filming because the sea was too strong.” 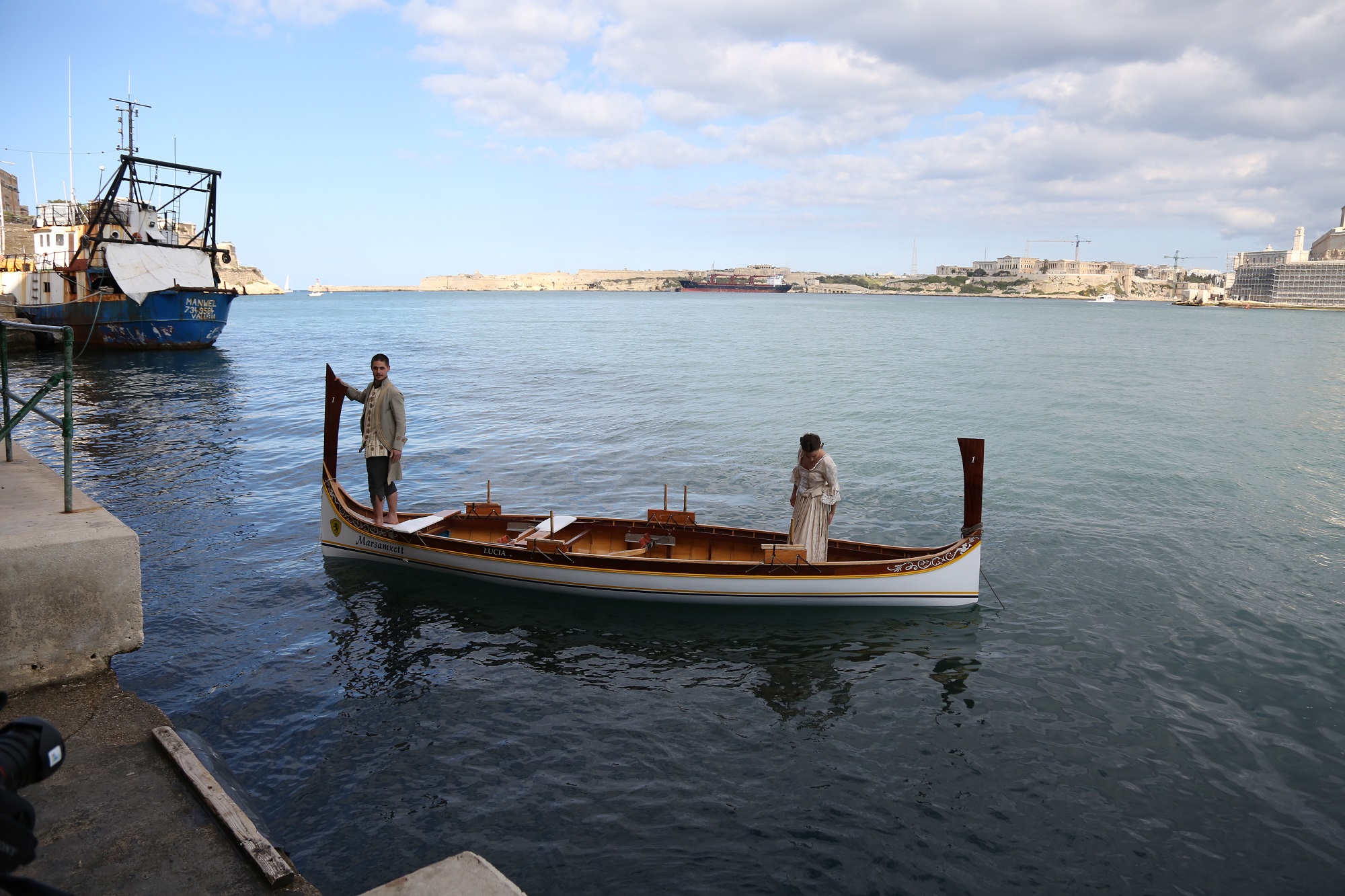 Niels Plotard and Caroline Mougenot, partners in life and in dance, on set for “A Maltese Boat and an Admiral” in the Grand Harbour.

However, dancers and filmmakers truly challenged themselves with “The Largest Roman Anchor,” shot entirely underwater at the National Pool. Dancer Gabin Corredor remarked, “Dancing in the water was difficult because you have to move all the time if you want to stay stationary, in front of the camera, otherwise you sink. But that’s the job.” 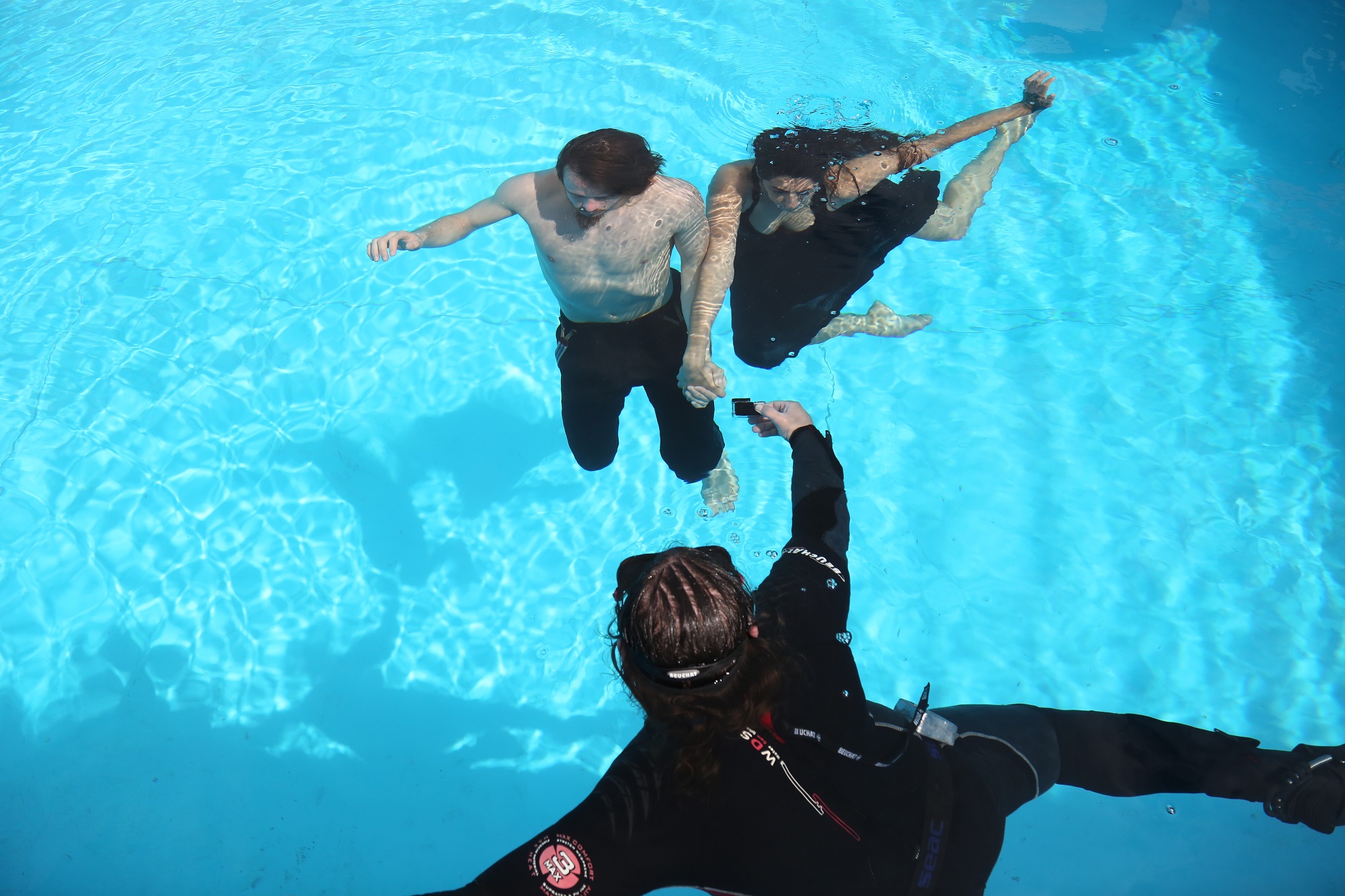 Despite these challenges, project collaborators remained committed to the importance of Tafal, not only for presenting contemporary dance to a wider audience, but for preserving and giving new life to forgotten Maltese maritime memories.

Dancer Florinda Camilleri said, “It is so important to understand where we’re coming from, to get an idea of where we want to go. We are really trying to embody our past in a very, very deep way. Not just on the surface, but really trying to understand Maltese identity.” Dance partner Keith Micallef agreed, adding, “People can see that [the objects that inspired these dances] are all very Maltese things. They are all related to the sea, they are all objects that are dear to the Maltese people, and that Maltese people have seen, have used, have read about. And this interest builds. I feel that this project is exposing a lot more people to [history and dance].” 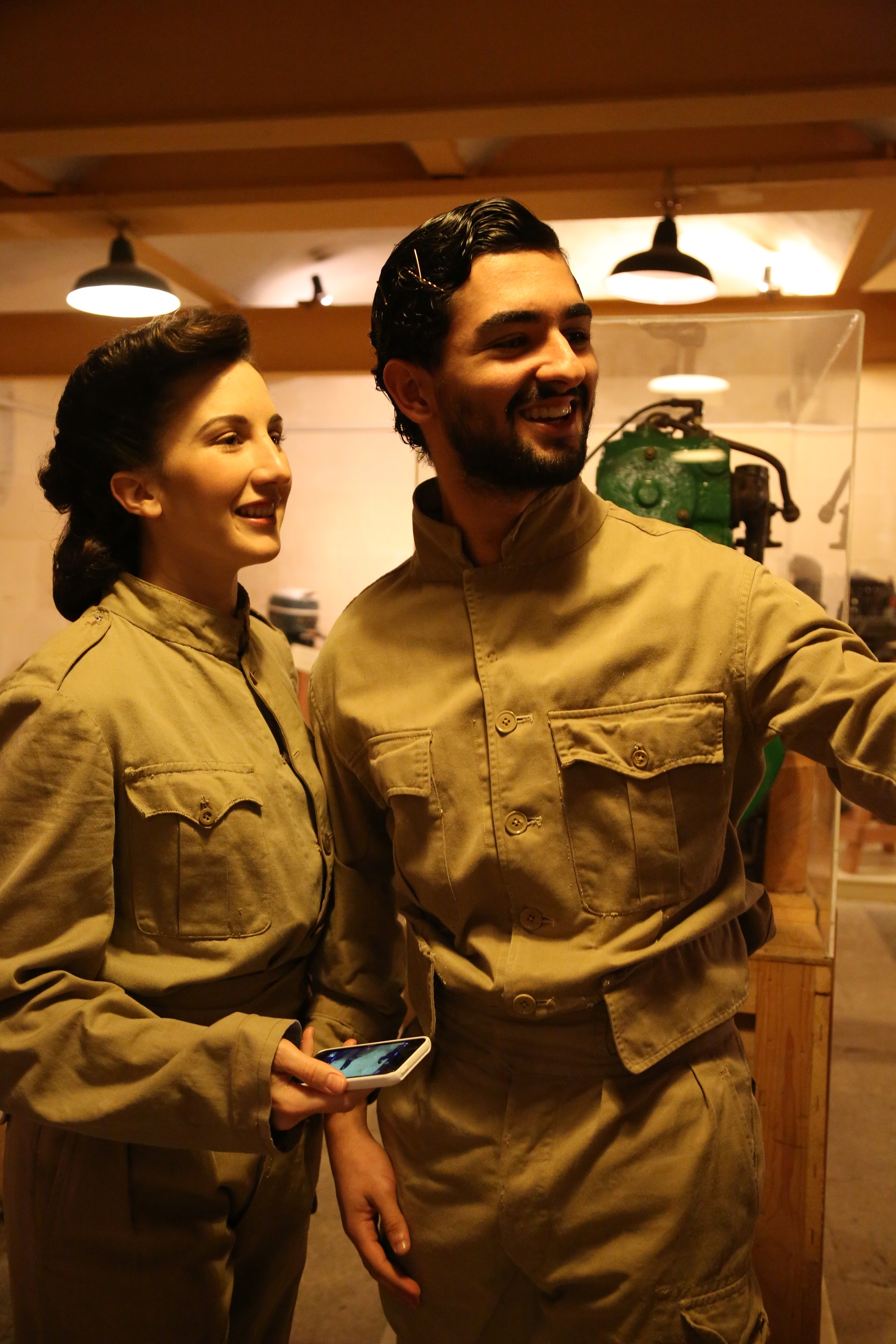 Florinda Camilleri and Keith Micallef on set for “The Dead Man’s Penny” at The Malta Maritime Museum.

As the ŻfinMalta ensemble discovered, dancing for a digital audience, despite its challenges, presents unique artistic opportunities. As Artistic Director Mavin Khoo said, “different dance makers have different kinds of perception of how one would use the camera. I think what’s interesting is that very, very detailed gestures— small events—can become very big things in the camera. One has to be very intelligent in how you use those details, which perhaps get lost in a big performance space.”

How should one approach a short film series like Tafal if one is not accustomed to contemporary dance? Artistic Director Mavin Khoo provides a key insight: Look at the movement, gestures and athleticism of the dance first, rather than searching for meaning. “From my point of view, it’s about the dancing, and then the artistry. If [the viewer] get[s] that they will start to understand how to look at contemporary dance.”

The inspiration for Tafal comes from the maritime objects and memories collected during the 2014 edition of Qatt ma Ninsa, another Valletta 2018 Cultural Programme project hosted by The Malta Maritime Museum. Tafal brings together artists across disciplines to re-tell the forgotten stories behind these maritime artifacts, conserving the past by giving it a contemporary calling.

The Tafal short film series will launch next week, with announcements on our Facebook page and blog. 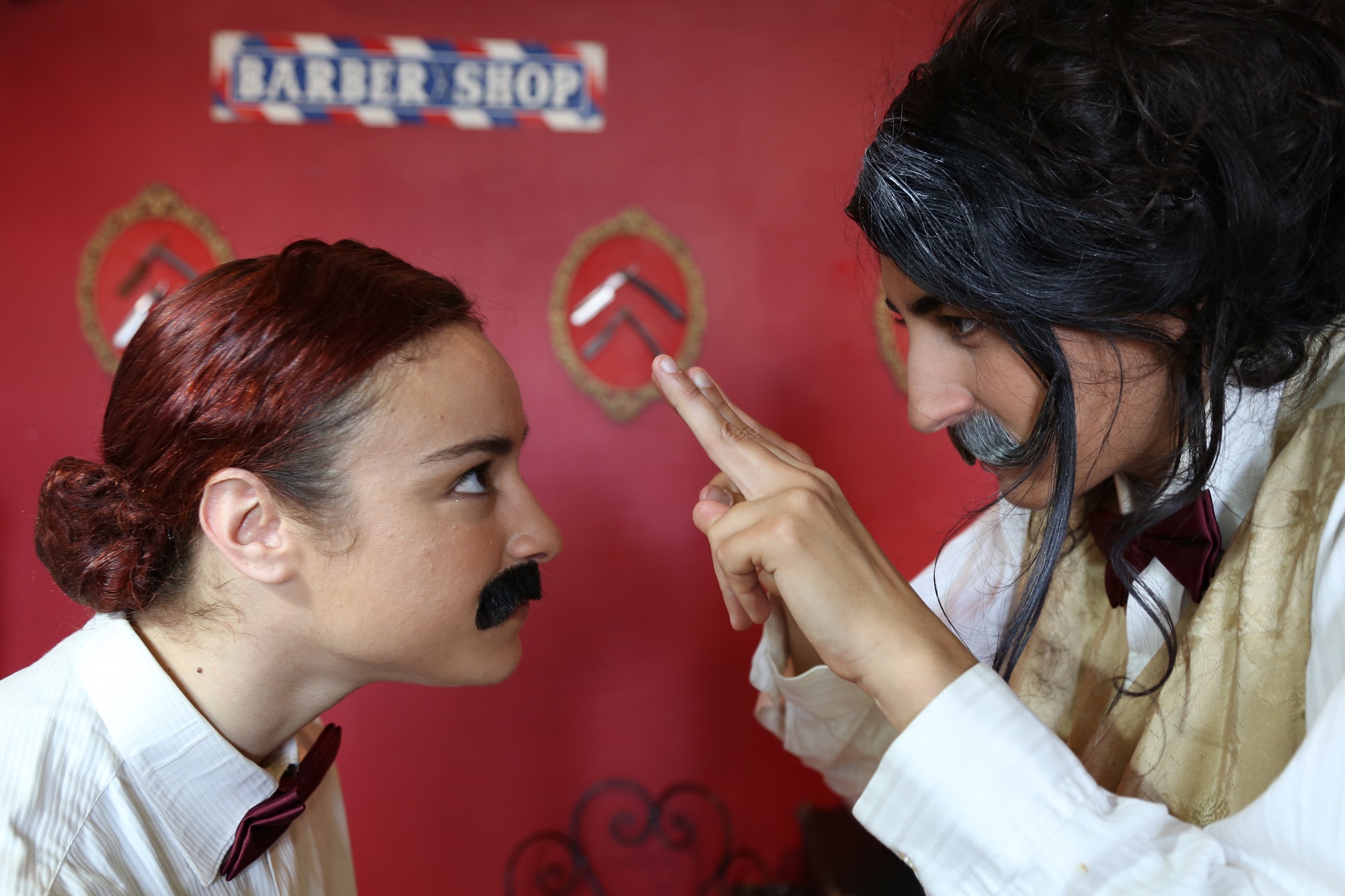