What better way to relax and break the daily routine than watching an opera based on a childhood fairytale? On Thursday 28th of June, together with a friend I was kindly invited by Valletta 18 to attend the French opera Cendrillon, at the Manoel Theatre. It was performed first in Paris in 1810, but last Thursday was the Maltese premier.

It is a masterpiece by a young Franco-Maltese composer, Nicolo Isouard, and it is about the story of Cinderella. It entailed an incredible cast, and although only a few were seen on stage, I am sure that such a wonderful production requires many others to help. The whole cast was French, except for the main character, Cendrillon, played by Claire Debono. They all had amazing voices and could reach very high notes easily. 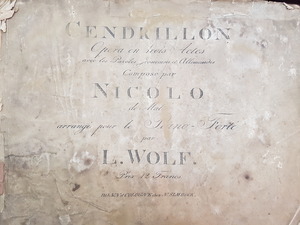 They never failed to make us laugh, especially at the costumes, reactions to how tall Cendrillon’s father was and the reaction of Dandini (impersonating the prince) to her sisters’ dancing and singing. They managed to keep the performance alive and the audience captivated.

Having studied the French language for 5 years, I really enjoyed listening to the French accent and actually understanding them. For the audience who didn’t know French, there were Maltese and English subtitles, which was a great idea. Adding some constructive criticism, some more attention whilst proofreading for Maltese orthography should have been given to avoid confusion in spelling (the word ‘Isbaħ’ was written as ‘Iżbaħ’). 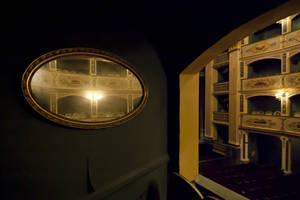 I really enjoyed this opera and would like to sincerely thank Valletta 2018 and Teatru Manoel for giving me the opportunity to attend such an event and to be able to express an opinion on it. An enormous well done goes to the actors/singers and to everyone who had any part in this event.