Nowadays, we are living in a world that is overflowing with heartbreaking tragedies, terrorism and many other disgraces. Some of these incidents are discovered and the rest of the world is made aware of them, but not all of them are discovered, and many remain unknown, such as human trafficking. CODE red is an initiative taken by CCIF (Cross Culture International Foundation) to raise awareness about human trafficking.

Human trafficking is the action of illegally transporting people from one country to another, usually for the purposes of forced labour or commercial sexual exploitation. Nowadays, men, women and children as small as three years old are being trafficked to be sold for their organs, for prostitution, and for slavery. 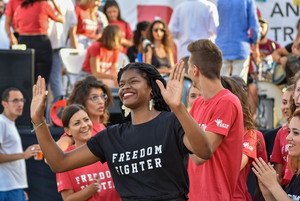 CODE red is a project created by local youths, which have various musical talents, and have worked together to create, through their songwriting and vocal skills, a spectacle suitable for everyone. Upon approaching the stage, these youths’ enthusiasm and passion for their project radiated from their smiling faces, and when listening to some of their performances, it is safe to say that they have worked very hard on this project and they have dedicated a lot of time into perfecting their work. 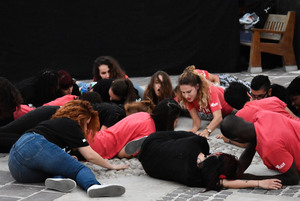 There were various genres of music featured in CODE red, such as afro beat, reggae, hip hop, contemporary music, gospel/Christian music and many other forms. Together with raising awareness on human trafficking, CODE red also embraces multiculturalism, by showcasing these various types of music and many youths from all over the world. 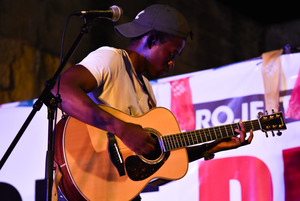 It is important to raise awareness of issues like human trafficking, as this is happening to many people all around the world. We should be inspired by them, and help them succeed in their mission.