Guest blogger Chairmane Zammit’s final words on her Curatorial School experience, what she learned and the interesting people she met there. 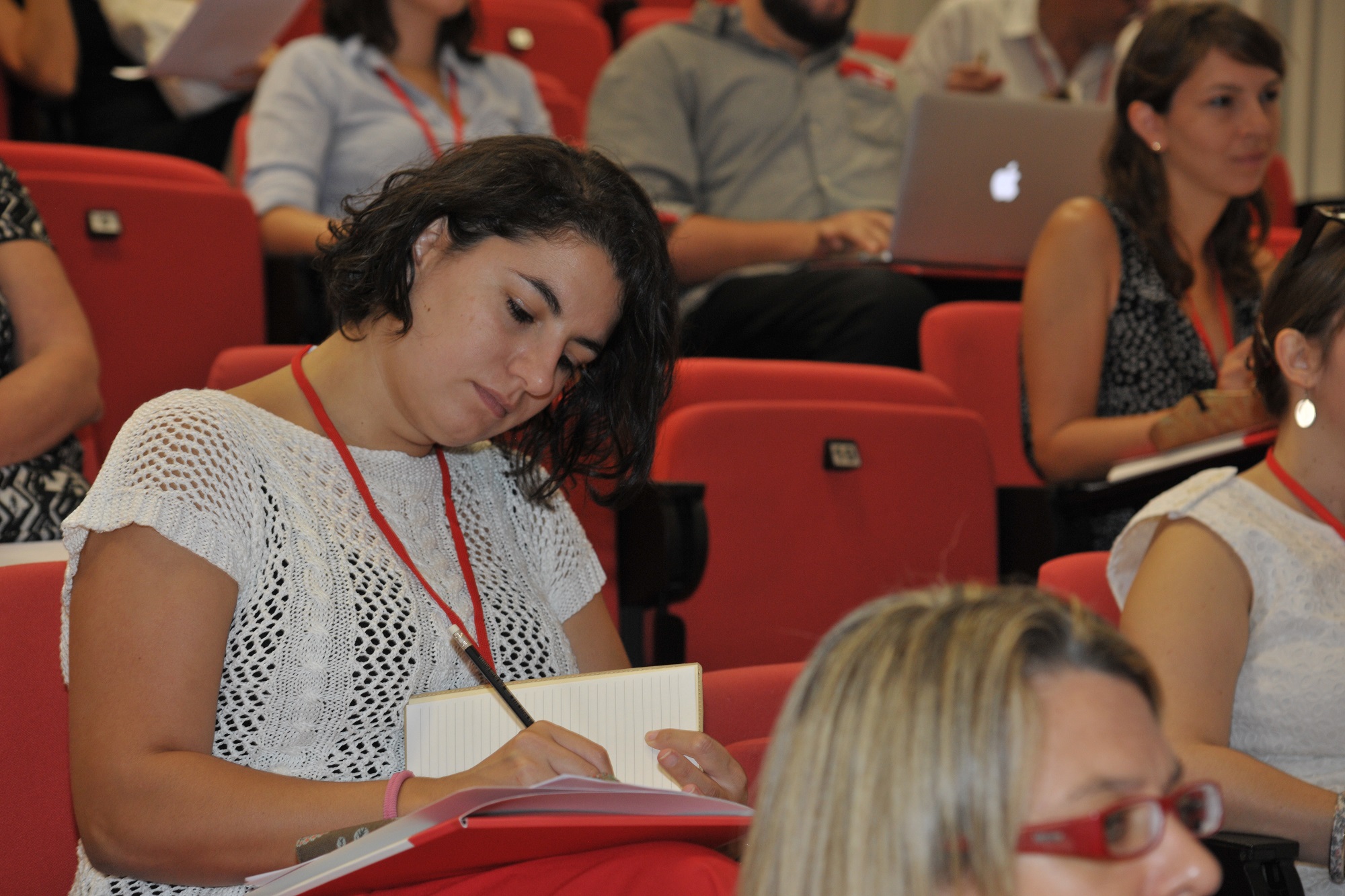 During the evening of the last day of the VIVA Curatorial School, as I skimmed through my notes, I realized the myriad of concepts, ideas and issues which were tackled together with the endless amount of questions that arose. It was a truly an intense week of learning experiences through lectures, debates and knowledge exchange. The international curators’ own experiences encouraged an appreciation of the role of the curators and the challenges that they constantly meet. Contrastingly, it has been mentioned that the role of the curators is not always required. On talking about ‘Contextual Art’, the speaker Paul Ardenne insisted that such Art needs no curators as the artists are naturally their own curators. Paul explained how contextual artists use means such as billboards to reach the public and hence no art institutions are required to display art. Due to its presence in public space, such art offers itself as a thinking proposition, not as a décor to satisfy the social need of entertainment.

By the end of the week, one of the participants confessed to me how the VIVA Curatorial school challenged his strongly ingrained beliefs both as an artist and art educator.  Indeed it was quite an eye-opener to realize that Contemporary Art and Art Education only present a mental shift-challenge for the ones who were raised to glorify traditional Fine Art and trained in traditional Art Education where mastering techniques was considered successful. The new generation of artists/art educators do not have to make such a mental shift to Contemporary Art and Art Education. Today’s art is no longer about how one does it, but how one is able to extract percepts out of art and thus, a main challenge of Contemporary Art is always about its relevance to the public.  On seeing Contemporary Art, the common question of ‘Why is this Art?’ arises.  As a case in point, the curator Bassam el Baroni mentioned the ‘Cleaning Lady Incident’, where, a cleaner ruined a £690,000 artwork which was on loan to a museum in Dortmund, on thinking that the artwork was dirty!

During the week, I managed to catch up with some of the international speakers and asked them about their experience of the VIVA Curatorial School and whether they had any messages they would like to send to the public about curatorship.

Simon Sheikh said he was impressed with the good amount of attendees for the VIVA curatorial school. He found his workshop very intriguing due to the tension created while debating educational issues and the values of contemporary art. Simon admitted that somehow he felt that such tensions that emanated during the workshop were not new for the local participants.

Mai Abu Eldahab talked about her fascination with the interesting mix of audience in terms of age and working experience. She described the VIVA Curatorial School as a good learning opportunity provided by a ‘dense programme’.

Bassam el Baroni remarked that the VIVA Curatorial School is providing a platform for the participants to update with the relevancy of art today through discussing different concepts underlying the ‘Curatorial’ theory, which does not have a single correct definition. Bassam said that Curating is more than selecting and organizing art objects in space. The role of the curator demands dealing with the “toughest questions of our era through the potential of art and the artists who make it”. Bassam’s advice to upcoming curators is to develop their knowledge in order to facilitate the process of engaging artists and whoever interacts with art emerging from social and political questions.

Paul Ardenne admitted that he did not know about the good opportunity of the VIVA Curatorial School event as it is his first time in Malta. He explained how ‘Curating’ is never a free deal and he feels lucky to be in a position which allows him to be in and out of the institution. Hence he refuses to be considered a curator. Paul advocated his honest opinions about the dark side of ‘Curating’. He mentioned that when a curator works inside an institution, he/she cannot be an outsider. This limits the curator to always repeating the same thing, where artists are simply being used as ‘tools’ for the system. Most curators worldwide aim at gaining the ‘high status’ in the artworld. Hence the official curatorship is like an ugly ‘monstrous machine’, demanding curators to follow rules of specific space, specific artists, specific ways of exposing artists, etc. Paul remarked that official curating has become like a brotherhood of solidarity with rich people…great investors in art, managers etc…

Although this is a conclusion blog, I hope that the challenging Curatorial issues about Communities and Contexts raised during the VIVA Curatorial School 2015, will keep on evolving through the participants’ and blog readers’ own experiences and observations. That way a conclusion is never reached as the learning process is ongoing.