This show stomps and kicks the old love tragedy of Orpheus and Eurydice to the curb. It is highly sexualised and marked by gossip, lies, sex scandals, and above all the power of public opinion, transforming the greatest love story ever told, into the greatest sex scandal ever told. 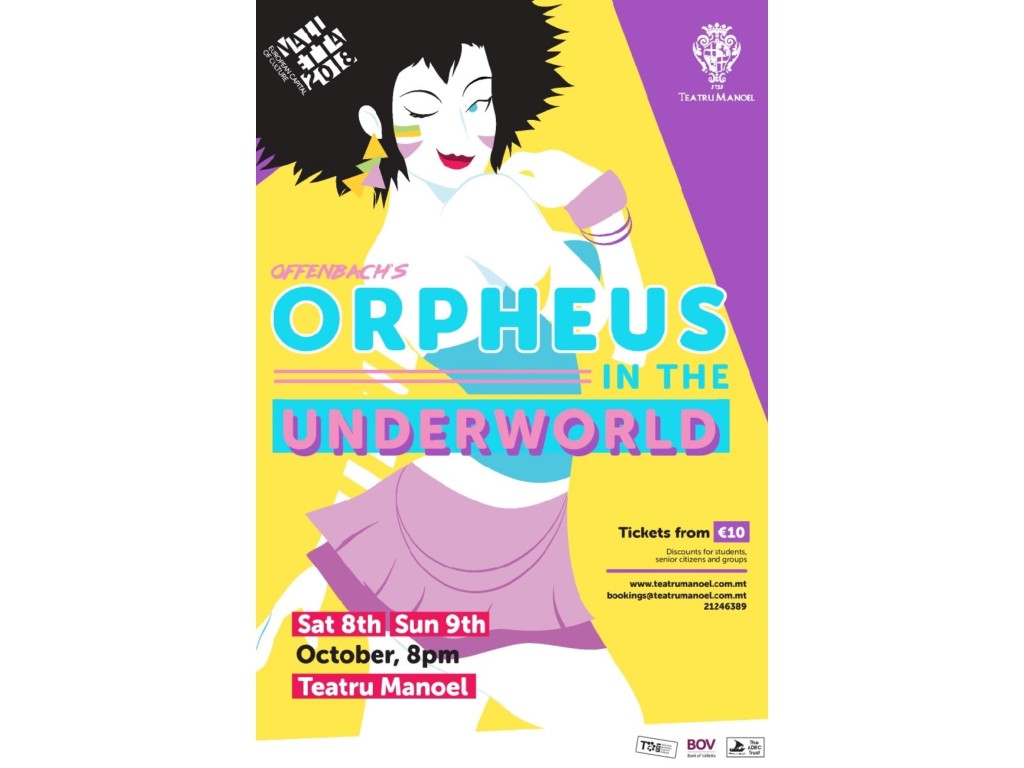 Forget Romeo and Juliet, these two are more like Elizabeth Taylor and Richard Burton; forever in love and lust, and continuously in hate with each other. Although the two are married, they have built separate lives, which allows Eurydice to play house and frolic with the shepherd next door Aristee. Needless to say this life of wedded bliss, with some action on the side, suits the pair very well, until Aristee, who is harbouring a deep, dark, secret, decides that he wants Eurydice to himself, even if he has to literally drag her to hell and back to do it.

Orpheus, unopposed, and unfazed by the goings-on keeps living his solitary rapture until the much dreaded, and much maligned public opinion catches up with him and orders him to get off his tush and get his act together.

Meanwhile Eurydice is living in a self-made hell, suffering from lack of attention, and lack of…ahem… “companionship”, so she starts to look for her way out.

While the puny humans are scampering to find ways out of their predicaments, the gods on Mount Olympus get involved, and let’s just say, this brings a whole other world of issues to the table.

This production will transport us to the 1980s where the pulsating, and colourful attire, match the fast paced, emotional rollercoaster of this epic tale bountifully. It will take us on a journey where we’ll experience intrigue, betrayal, and lechery in god-like proportions…quite literally.

But, don’t take it from us. Witness this event for yourself.

The Teatru Manoel Youth Opera are working tirelessly to bring you this opera for two performances only on the 8th and 9th of October, and then it will be gone…sniff!