Guest blogger Kevin Saliba looks into Tellieqa Telliqun, the crazy race featuring boats made from various materials, taking place as part of the Valletta Pageant of the Seas festivities. Words by Kevin Saliba…

The Grand Harbour hasn’t seen such colour and pageantry in years, not since the navy days perhaps, but that’s about to change on the 7th June with the singular event “Tellieqa Telliqun.”

Set up as part of the Valletta 2018 Foundation’s special programme of festivities marking the 450th anniversary of the laying of the foundation stone of our capital, this event shall feature a light-hearted race between 22 unconventional, wacky boats constructed to travel on water by unusual means. This project brings together the logistic, naval and aesthetic expertise of around 200 individuals who pooled their creative flair into staging a race between colourful and innovative sea vessels. 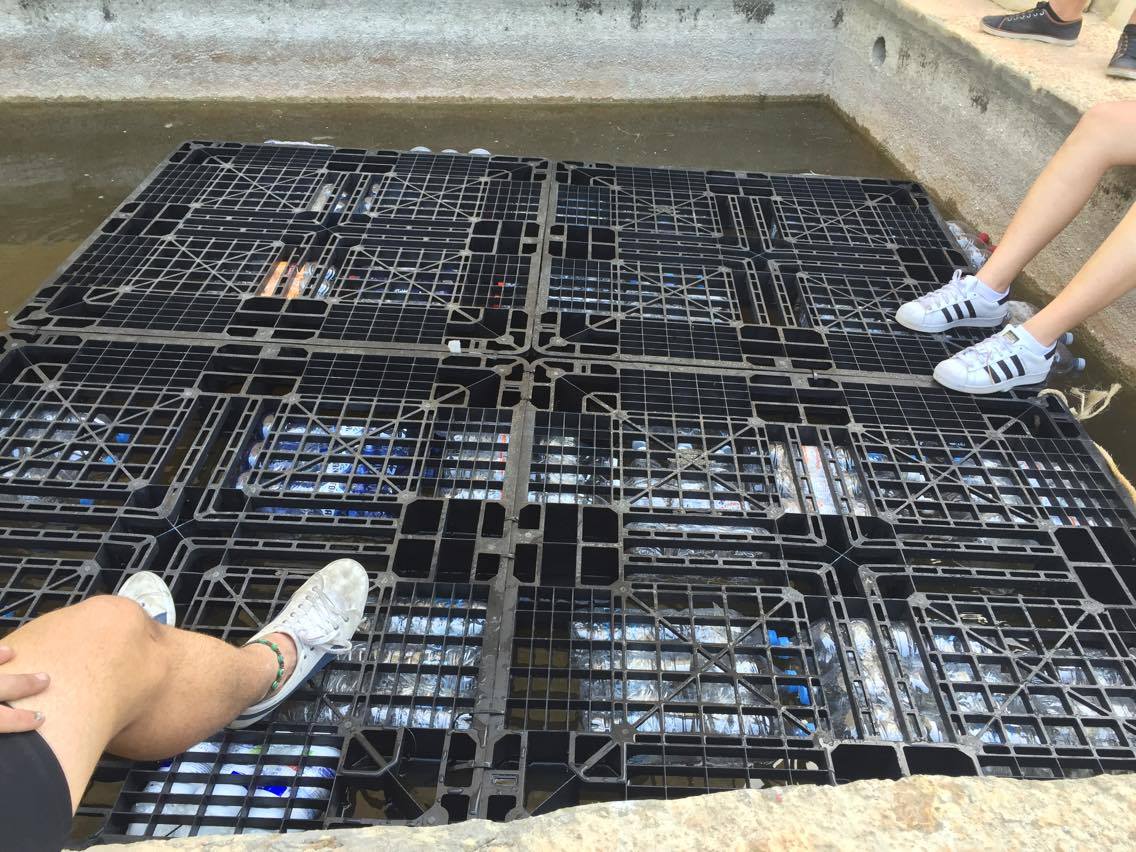 Does it float? Zejtun Local Council trying out their boat.

Participant Karl Azzopardi, of the Fgura Boys’ team, explained that “floats are not allowed to use conventional motor technology. Participants will also have to make do without rowing. Each vessel is crewed by a maximum of four people.”

Tat-Tut team testing out stuff for their boat

Participants shall commence this challenge from Senglea and race across the Grand Harbour towards Valletta. Azzopardi also specified that speed criteria alone won’t do the trick. “This is a race with a difference. Entertainment and performance gimmickry are also important. Winning the shield is not necessarily about finishing first. It’s a fun race. The victor may well be that one clever guy who shall have the last laugh,” he added.

Like all of the Valletta Peagent of the Seas activities “Tellieqa Telliqun” is free of charge and suitable for all ages.

The Valletta Pageant of the Seas is taking place on the 7th June, 6-9pm. Those attending are urged to show up early to find a good place. Recommended viewpoints in Valletta include: Upper Barrakka Gardens,  St Barbara Bastions, Ta’ Liesse and Pinto 5 in Valletta.