Every time we work on a project, it’s a new challenge. No matter how much we prepare, or whether we have done the project before, it always feels completely new. That is what makes such projects exciting.

It is difficult to form a bond with someone in the space of just four days, but I must say that in the four short days we spent working with San Anton School in Mġarr, I did feel that there was connection. These were only 11 to 13 year old kids, but they were as sharp as anything! 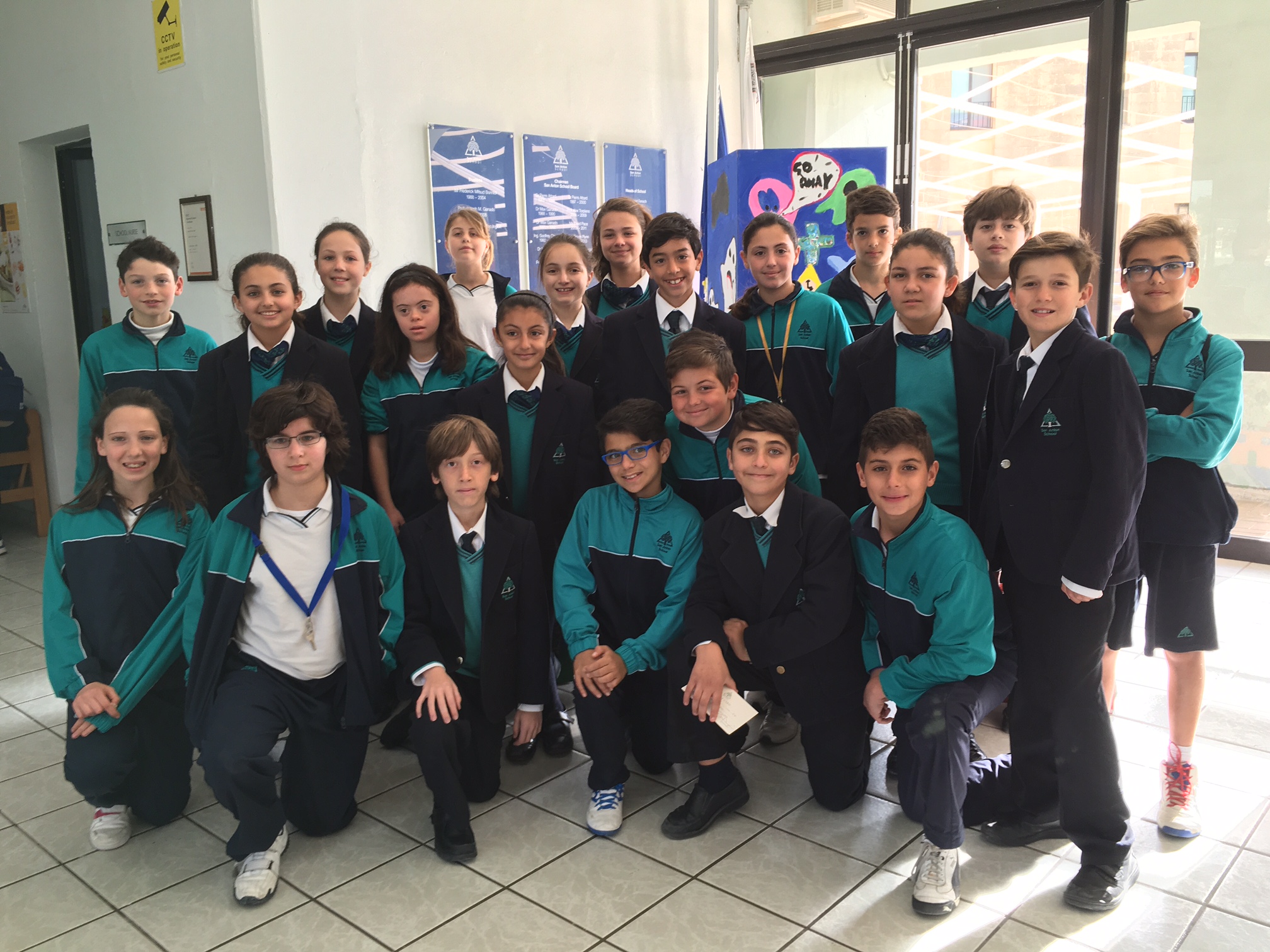 Students from San Anton School who participated in the KantaKantun project.

Combining music and architecture can be a little daunting for school kids, so we started off the usual way: first we defined architecture as space, and then music as sound. It took them all of five minutes to make the connection. Soon they were firing ideas away, and bombarding Charlo and myself with a tonne of questions. Best of all was the fact that they were really thinking about their questions, which is partly what this project is about. KantaKantun is about observing and listening, it’s about that first important step in the creative process.

In order to bring the two disciplines together every time we carry out the project we tackle a piece of music which links the two. This time round I chose Mussorgsky’s The Great Gate of Kiev, the brilliant finale of Pictures at an Exhibition. ‘How does Mussorgsky translate Hartmann’s design into music?’ is my standard question. One boy raises his hand: ‘I think the piece follows the height of the building, and where it is low it is quiet, and where it is hight it is loud…ending with the very big finale which I think represents the bell tower on the right…’ I have studied that work over and over again, and I never made that formal connection, but I realise he is absolutely right.

The next day was the trip around the school’s locality, in this case Mġarr village core. The trip covered everything from vernacular architecture, to ecclesiastical architecture, post-war buildings, contemporary buildings, and the beautiful Ta’ Ħaġrat Temples which not only opened specifically for us but also had a small private tour, all courtesy of Heritage Malta.

When we discussed the trip the following day, I was surprised to see how many of the students were fascinated by contemporary architecture. Pride of place was given to an impressive prefabricated concrete spiral staircase, and a modern block of apartments using marble cladding on the façade. Not that they were averse to old architecture, but rather they could appreciate architecture in all its broad spectrum.

The second half of the project is dedicated to creativity. First, they had to create a soundscape inspired by the architectural trip using voice and percussion instruments. This rather noisy part of the workshop proved to be great fun, with one group of girls throwing themselves into the task with great gusto. There was some very imaginative rendering of architectural space, including whooshing noises for the spiral staircase!

This recording process is something which we had done with four other schools already, and for the last part of the project we played them a recording by another school. The challenge this time was to let them imagine and design the possible inspiration for that recording, without any hints. Those designs ended up on a series of prefabricated structures which they then painted in bright colours. Some of the painted panels were truly impressive! 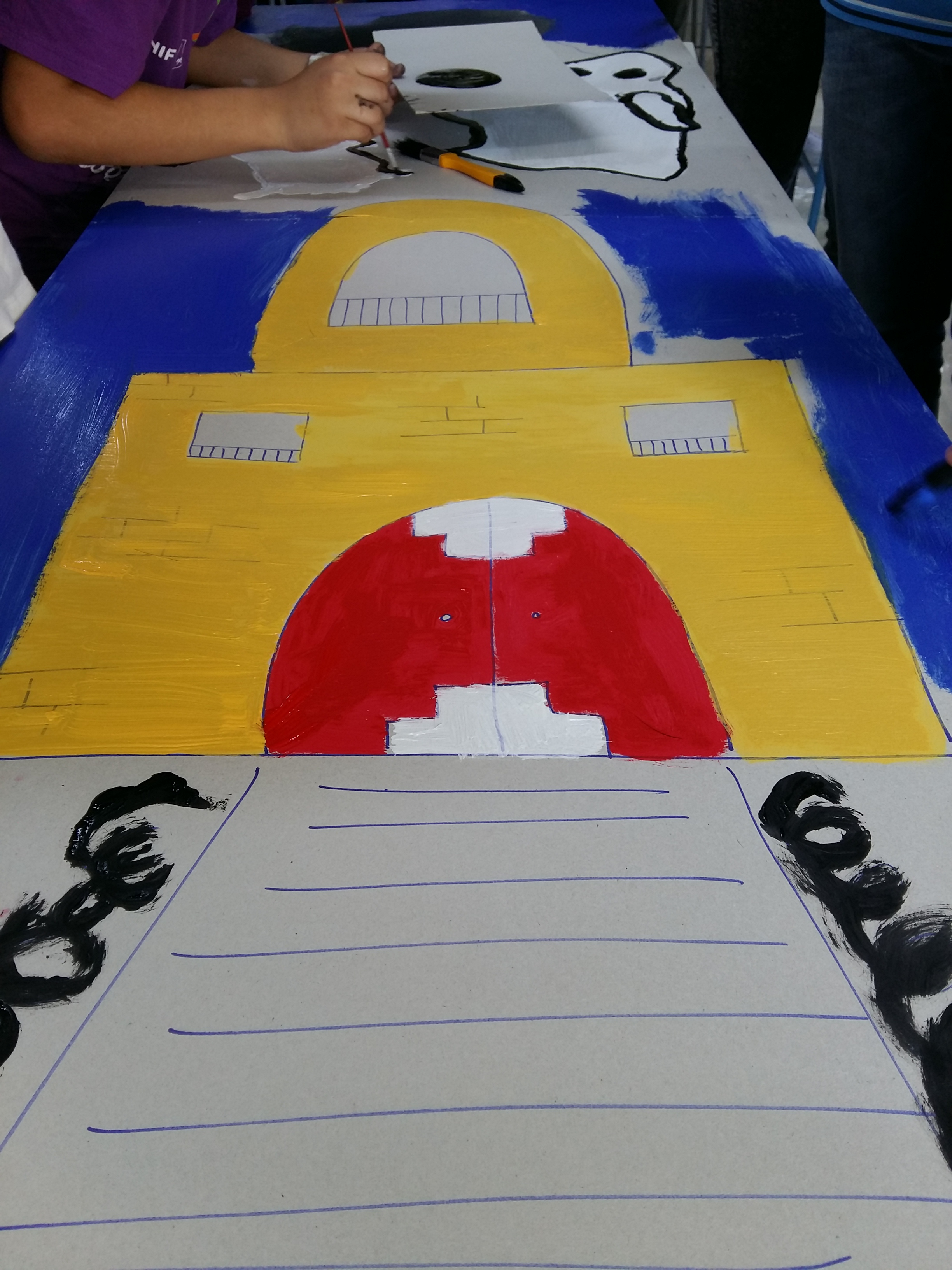 KantaKantun is not just about creating music or architectural installations, but about creating experiences. Each student related to the project from a different angle, like the boy who was into bell-ringing, and the prospective architect who also played percussion! When we first met up with San Anton School to discuss the project we could already sense that it was going to be a great experience, but the level of support, collaboration and enthusiasm really surpassed our expectations.