Walking into the theatre I already had an idea about what the film was going to be, it was described as a coming of age of story. The name made me think it was going to be a childish movie but I couldn’t have been more wrong. 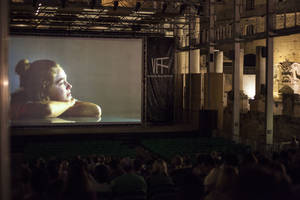 Everything about this film was amazing from the cinematography to the script itself. This main theme of this movie in reality is love and acceptance. We see Iona doing everything she can from putting on makeup to stripping naked which eventually leads to her getting physically hurt by the two bullies. We also see the love her ‘mum’ had for her. Iona was ashamed that the ‘village idiot’ was her mother and pretends that she doesn’t know her but at the end we see her mother hanging herself in-front of the bullies telling them “You’ll remember this.” 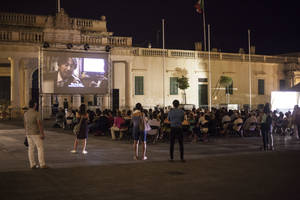 This movie will make you cry and smile. It’s the perfect portrayal of what teenagers are going through and a perfect portrait of the love a mother has for her daughter. One of the best movies I have ever seen.

The Pin Cushion was screened during the Valletta Film Festival 2018, Malta’s largest cinematic event, which screened over forty feature films and twenty-five short films at indoor and open-air cinemas around the city of Valletta.