We are pleased to present the grantees selected for the RCF/Valletta 2018 mobility funding. The call received 72 requests of which 49 were considered eligible. The RCF Committee of experts examined the applications, the RCF Board of Directors made the final selection of 21 grantees.

Pau Cata, a PhD Art researcher, will travel in September 2018 from Barcelona to Valletta. As the founder of the CeRCCa centre of creative research, he will take part in the Transformer project that encourages relationships between the Maltese artistic context and the international one through curatorial researches, artistic residencies, workshops, conferences, etc.

Egyptian-Japanese fashion designer, Ikon Chiba is travelling from Cairo to Malta. He wants to know more about the underground artists over there, the non-commercial fashion designers but he also wishes to experience the hidden Maltese young people fashion subculture. His goal is to create a bridge between Egyptian and Maltese artists with the aim of nurturing knowledge, techniques and aesthetics for both.

In many ways, the Maltese archipelago represents the meeting point of Euro-Arab civilizations throughout history. Nowadays, this multiple identity is challenged by local withdrawal faced with the migratory phenomenon in Mediterranean. With these reflections, Philip Cartelli, a moving-image American artist, travelled with Mariangela Ciccarello, initially curator and currently studying philosophy, from Naples to Malta in June 2018. Their trip aims to complete their previous work made on the island of Gozo (Maltese archipelago) in March 2017 as part of Valletta 2018. Together, they shot additional footage of the sites and conducted encounters/interviews with Maltese people about the complex archipelago identity.

Alessandro (photographer), Anna (researcher at IUAV University, PHD in cultural studies) and Francesca (filmmaker and illustrator) are members of Corps Citoyen, a multidisciplinary collective based in Tunis that aims to participate in the activation of a citizen reflection for social change through art. At the end of July 2018, they will travel together from Berlin, Bologna and Bari to Malta in order to take part in “Utopian Nights”, a Valletta 2018 Foundation initiative. It is a public event that aims to bring together artists and thinkers to discuss social issues related to exile and conflict.  This travel to Malta will thus help them to widen their artistic scope on themes such as “Borders”, “Encampment” or “Commons” (with professional encounters, networking, festivals, etc.).

Marco is an Italian dancer who travelled from Berlin to Malta in May 2018. With his project “13”, he took part in AltoFest Malta, which offered him a site for an artistic residency. His project reflects on the following observation: when a group of humans face a new threat or opportunity, they endeavour to seek sources of inspiration and cooperation to overcome the obstacle at hand. Moreover, this Maltese residency was a first step in Marco’s initiative enabling him to reach his goal and share this work in unconventional spaces such as streets, abandoned houses, museums, refugee camps, etc.

Anne-Lise is the programmer and manager of the European Literature Festival in Cognac (France) and she will travel from Saintes to Malta in August 2018.  She will participate in the Mediterranean Literature Festival of Malta in order to find new professional partners for her own festival organized in 2018 on the Baltic Sea theme (the former festival in 2017 was on the theme of the Mediterranean Islands).

Interdisciplinary artist (visual arts, photography, community projects etc.) Giuseppe Fanizza travelled from Bari to Valletta in April 2018. He took part in Art Additives seminars as a speaker especially the one organised under the Azure Arts, a project he founded. It was created in a collective perspective in order to involve locals of Gozo Island in collecting multimedia archives to give a visual memory on “The Azure Window”. These conferences have been therefore a key moment of the continuation of Giuseppe’s projects.

Francesca Frigoli is an actress and visual artist and Giuseppe Isgrò is a theatre director. In April 2018, they travelled together from Milano to Malta to participate in Altofest Malta where they had the opportunity to present their last creation “Nick of the Abyss/Cola degli Abissi”. According to the Altofest theme “Legendary People”, this project is based on a Mediterranean Islands myth “The Legend of Colapesce” relayed by the Sicilian oral culture. This initiative aims therefore to connect Mediterranean Islands by underlying their similarities as well as their differences.

Chrysanthi is an artist specialised in visual arts and co-funder of “3137” an artist run space in Athens. She will travel from Greece to Malta in September 2018 in order to participate in the Transformer project collaborating with Blitz Valletta. “3137” supports the artist Kosmas Nikolaou who is currently at Villa Bologna. The main goal of this trip is thus to support him and to make new professional collaborations and lay the groundwork for future partnership between Greek and Maltese artists.

« The international context is important for my music and I am convinced that without it, my music could not exist (…) it’s becoming even more important to me nowadays, when the policy of my country’s government is basically closing down anything that is ‘different’ or ‘diverse’ »

Agata, a Polish singer songwriter, will travel from Cracow to Malta in July 2018. She plans to attend the Malta Jazz Festival in order to boost her own musical project (especially “Come a little closer –jazz mindset”) by meeting new partners, taking part in professional meetings or workshops, master classes etc. Her musical project brings together music from all over the world and the music itself becomes thus a reflection on her travels. Moreover, Agata’s creations are linked with the PhD program in Humanities she is currently attending in Cracow.

Iraqi musician and teacher, Ali Mohsen Baqer will travel in 2018 from Baghdad to Malta to work on the opening of his music academy in his native country. This trip will give him the opportunity to discover new teaching methods and he will be able to observe how a music academy is administrated abroad. Moreover, Ali Mohsen Baqer is aware of the complicated situation of Iraq but he strongly believes that music could be the key for a peaceful future.

Léa Morin is the director of l’Atelier de l’Observatoire (Casablanca) since 2013 and she will travel in September 2018 from Morocco to Malta. She will participate in the Transformer Project (Valletta 2018), a multi-site conservation project created on the theme of transformation in and around Valletta. With Artist Run, Léa is a crucial partner of the project so she will attend the public events.

Giselda, an interdisciplinary artist (dance, theatre, performance) travelled with the Tunisian actor Rabii Brahim, from Italy to Malta in April 2018. Invited by Altofest Malta, they promoted their multidisciplinary project « HO(ME) » that aims to establish a dialogue with various local communities by using the “Home” concept as a double reference : to the place itself but also to the identity of the place.

« I think Italy should dialogue more with other countries and supports dancers and choregraphers to travel and make connections, in order to have the opportunity to observe other artistic approaches »

Invited by Altofest Festival, the Italian dancer Lara Russo travelled to Rabat in April 2018 in order to create a performance with the Maltese ceramist Sue Mifsud. The mobility grant helped Lara to establish artistic exchanges and to work in a completely different context to what she usually knows. 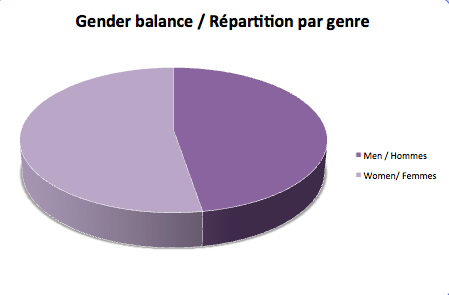 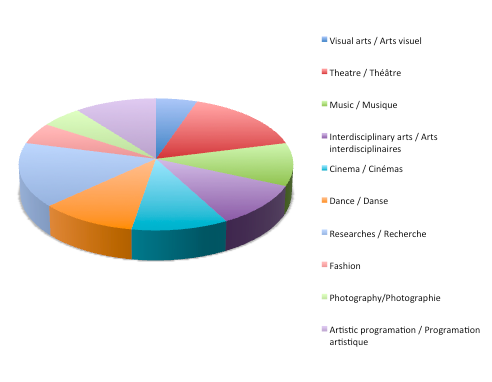