Valletta 2018 Chairman Jason Micallef together with Big Exhibits director Jean Pierre Mizzi unveiled the first in a set of electronic interactive units that will be installed around Valletta at Castille Place earlier today.

The outdoor units are the first of their kind in Malta and will serve as information hubs providing users with updates on the Valletta 2018 Cultural Programme and giving users more details regarding Valletta 2018’s opening celebrations which will be taking place on the 20th January 2018. Apart from this, they will also be providing news and weather updates, as well as a wayfinding system for users navigating Valletta.

As part of Valletta 2018’s commitment to making Valletta more accessible, these screens are also designed to be user friendly for wheelchair users. Users may also take selfies with various sites around Valletta acting as a backdrop for their photos.

These units are part of a public-private partnership. 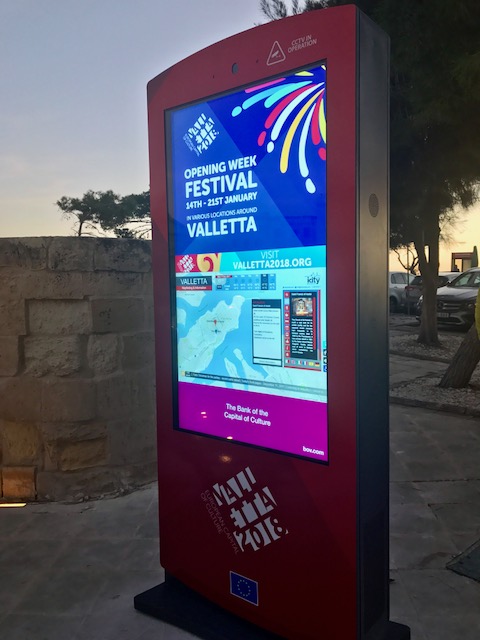