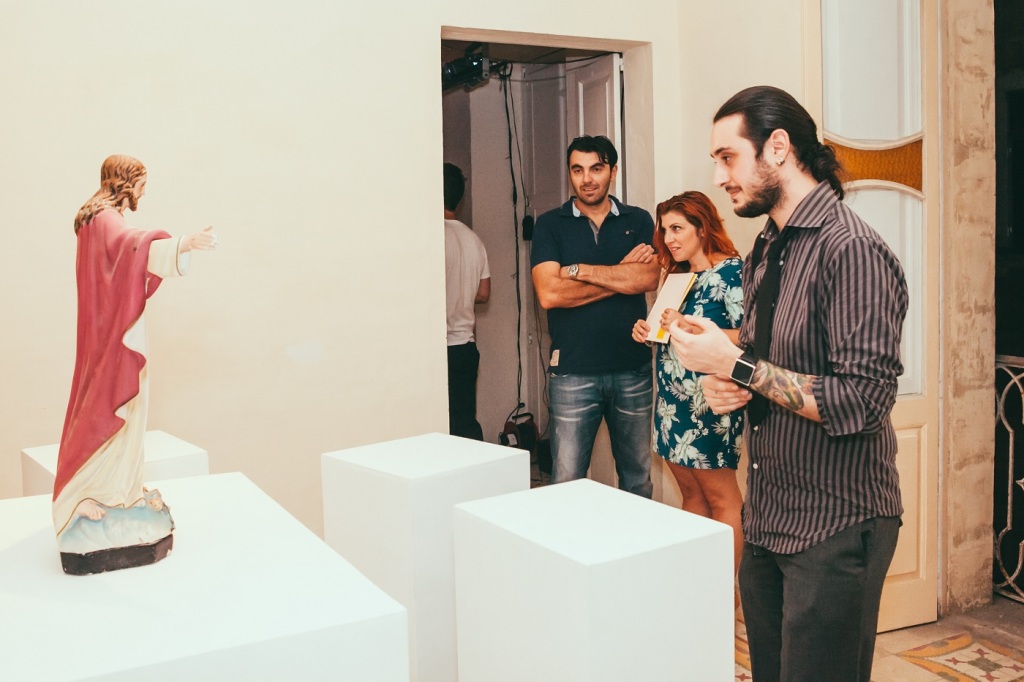 Different people from a variety of backgrounds now call Valletta home. These are the new Beltin, people who hail from Il-Belt, The City. Valletta has fast become the cultural hub of the Maltese islands, housing a multiplicity of art galleries and museums with regularly held exhibitions. This boom in the cultural landscape of Valletta has triggered an influx of artists moving into the city, thus injecting a Bohemian spirit. It is now the place to be for people of the art world.

The infamous Strait Street, or the Gut as it was known in its time, has also enticed business owners to set up shop in the Capital. The Gut seduced a number of people in its time, with promises of unrestrained pleasures at music halls, bars and guesthouses. Once more, life has been blown into this street which now houses welcoming restaurants offering delicious food, lively bars full of cheerful patrons and quiet wine bars, perfect for a romantic night out or sharing a tasty platter with friends.

However, bars and restaurants aren’t the only things this beautiful city has to offer. Valletta provides its residents and visitors with other forms of entertainment as it has a cinema, located at the Embassy Shopping Complex; two theatres, Teatru Manoel and Pjazza Teatru Rjal, the Mediterranean Conference Centre; as well as live street music around Valletta. The St James Cavalier Centre for Creativity is also located within the fortified city. There’s always something going on at St James Cavalier whether it’s a play, a public lecture or an art exhibition.

Thus, Valletta’s rejuvenation is regenerating the resident population in terms of its social, cultural and economic background, making it a truly refined city. It is also, slowly but surely, becoming the cosmopolitan heartland of the Maltese islands, retaining its local tradition while also embracing new inhabitants.

Valletta – The Heart of the Maltese Visual Arts Scene

Valletta keeps getting bigger and better, and as part of its run for the European Capital of Culture in 2018, it has to, as the prestigious title clearly denotes, grow within a cultural context. For this to be achieved, numerous steps have been taken to ensure that Valletta provides the very best, culturally speaking. A flagship project which has this cultural advancement at its heart is the MUŻA project, a new institution at Auberge d’Italie dedicated to the visual arts. The name MUŻA has a two-fold effect as it stands for Mużew Nazzjonali tal-Arti (National Museum of Fine Arts) while also referring to the mythological Muses that inspired the arts and creativity.

The Valletta 2018 Foundation has also strived to promote the visual arts scene in Valletta, which is why it along with St James Cavalier, Arts Council Malta and Aġenzija Żgħażagħ, co-hosted VIVA, the Valletta International Visual Arts Festival.  VIVA’s purpose is to bring about change in the local culture scene by instilling an appreciation of the visual arts. Such a change generates discussion and the building of connections between local and international curators, as well as local artists. This year’s VIVA featured remarkable work by renowned artists such as Mieke Bal, Democracia, Austin Camilleri and JP Azzopardi, to mention but a few.

Such advances have made Valletta the heart of the visual arts scene in the Malta and Gozo.