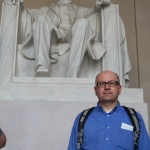 Carmel Cassar Ph.D (Cantab), M.Phil (Cantab), BA, FRHist.S (Lond), FCCS, is Associate Professor of Cultural History at the Institute for Tourism, Travel and Culture of the University of Malta. Carmel Cassar has published extensively on Maltese and Mediterranean culture and history. His books include: Society, Culture and Identity in Early Modern Malta (2000); A Concise History of Malta (2000, 2002); Daughters of Eve. Women, Gender Roles, and the Impact of the Council of Trent in Catholic Malta (2002); Honour & Shame in the Mediterranean (2003) – translated and published in French (2005), Spanish (2004) and Italian (2002); Witchcraft, Sorcery and the Inquisition (1996); Sex, Magic and the Periwinkle (2000); Fenkata. An Emblem of Maltese Peasant Resistance? (1994). Cassar was Visiting post-doctoral Fellow at the University of Durham; a University of Wales Visiting Research Fellow, and a Mary Aylwin Cotton Foundation Fellow (Channel Islands), a Jesuit Historical Institute Fellow (2004, 2005) besides receiving other post-doctoral awards. He was also responsible for the development of an Ethnography Section within the Malta Museums Department and was the person responsible for the rehabilitation of the Inquisitor’s Palace in Vittoriosa as a proper museum between 1992 and 1999. His publications appeared in learned journals in Italy, Britain, France, Spain, Bulgaria, Tunisia, the USA and Malta. Cassar is Chairman of the Culinary Culture Research Programme at the University of Malta; Course Coordinator of the Higher Diploma in Food Culture; Founder of the Malta Slow Food Convivium; Official representative of the Worldwide Network of Universities and Research Institutes of Slow Food International for the University of Malta; Rector’s Delegate on the Board of Governors of the Valletta 2018 Foundation and forms part of the Research Coordinating Committee of the said Foundation. 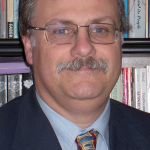 Dr George Cassar is a Senior Lecturer in the Institute for Tourism, Travel and Culture (ITTC) at the University of Malta. He has a long career in teaching which spans all the educational levels. Dr Cassar is a historical sociologist whose main research interests include the History and Sociology of Educationl the Pedagogy of Heritage, History and Social Studies; the History of History Teaching; the Study of the Order of St John (SMOM); the History and Culture of Malta; Heritage and Culture; Cultural Tourism; and the Culture and Sociology of Food. He is the author or editor of a number of books and academic journals, and has published numerous papers in journals and chapters in books related to his areas of interest. Dr Cassar is very much involved in European Union funded projects where he has also served as project manager in the lead partner role. He is the Coordinator of the Programme for Mediterranean Culinary Culture (within the ITTC), and a member of the Research Coordinating Committee of the Valletta 2018 Foundation. 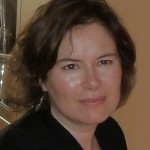 Senior Researcher and Coordinator of the ‘Cities, Cultures and Architecture’ research group at the Centre for Social Studies (CES) of the University of Coimbra and organiser of the Mapping Culture Conference. Dr Duxbury is currently working on the Culturizing Sustainable Cities project, whcih aims to advance knowledge about the relationships between culture and local sustainability through developing robust empirical evidence about artistic activities on local environmental/sustainability issues; policy/planning mechanisms supporting this activity and integrating culture into sustainability policies/plans; and existing challenges and policy gaps. 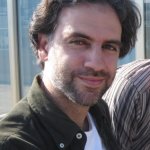 Caldon Mercieca is currently manager at the Culture Directorate within the Ministry responsible for Culture and a contributor to Malta’s preparatory process for the 2018 European Capital of Culture. He is also one of the drafters of Malta’s National Culture Policy. He has a Masters Degree in Philosophy from the University of Malta, where he ran a course on Critical Perspectives on Theatre and Performance within the Theatre Studies Department between 2008 and 2013. Since 2010, Caldon has been a member of the Creative Economy Working Group, a joint project between the Ministry for Culture and the Ministry for the Economy. This has now led to a creative economy strategy for Malta, with a focus on education, financing mechanisms, internationalisation, and governance for the cultural and creative sector. 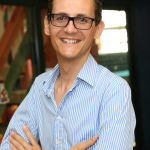 Dr Karsten Xuereb is Executive Director for the Valletta 2018 Foundation. He was previously responsible for culture at the Permanent Representation of Malta to the EU in Brussels. He holds a Doctorate in cultural relations in the Mediterranean from the Universitat Rovira i Virgili in Tarragona and a Masters degree in European Cultural Policy & Management from the University of Warwick where he studied as a Chevening Scholar. He is a member of the Maltese cultural organisation Inizjamed, whom he represents on the Board of the Biennale of Young Artists from Europe and the Mediterranean, a fellow of the U40 Network “Cultural Diversity 2030” established by the German Commission for UNESCO, and part of the Diplomatic Cultures Research Network. 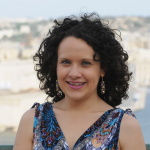 Graziella Vella is the Research Coordinator for the Valletta 2018 Foundation. Her responsibilities within the Foundation include documenting the European Capital of Culture process through evaluation and monitoring of all aspects and promoting research projects and collaborations. She holds a first degree in Tourism Studies from the University of Malta and has obtained an MSc in Cultural Management with distinction from the University of Ulster. Born and raised in Valletta, her research has focused on the impacts the European Capital of Culture title produces on the regeneration of the cultural tourism product, in view of Valletta 2018. Her professional background includes financial management and administration, and customer relations, through her experience as Executive within HeritageMalta. 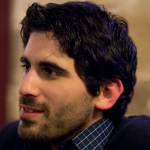 Neville Borg holds a BA (Hons) degree in Sociology from the University of Malta and an MA in Cultural Studies from Goldsmiths College. He has carried out research within a variety of fields, ranging from social equality to economics, and has held research posts at the National Commission for the Promotion of Equality and the University of Surrey, among others. He is currently reading for a PhD in Digital Media at the University of Hull’s School of Arts and New Media, with a topic focusing on the intersection between shared memory, cultural identity and digital media. 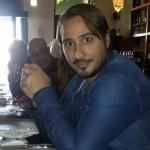 Glen Farrugia holds a BA (Hons) degree in Archaeology from the University of Malta. After graduating, he specialised in documentation techniques and Late Roman funerary sites. Glen has held curatorial posts at the Saint Agatha Historical Complex in Rabat, Malta and with Heritage Malta. He is also a registered professional archaeologist with the Superintendence of Cultural Heritage and has recently been elected as a full member of the Institute for Archaeologists at the University of Reading. Glen has managed EU heritage projects and conducted research in the same field.  He has successfully completed his Advanced Post Graduate at the University of Leicester and is reading for a PhD at the School of Archaeology and Ancient History.