Bewildered Festival organiser Shawn James meets up with CHIN∆ band member  David Urpani to discuss how the band’s feeling about opening for Big Deal (spoiler alert: they think it’s a big deal!), their name change from Three Stops to China, and their new sound. The Bewildered Music Festival is being organised by Valletta 2018 in collaboration with Pjazza Teatru Rjal. 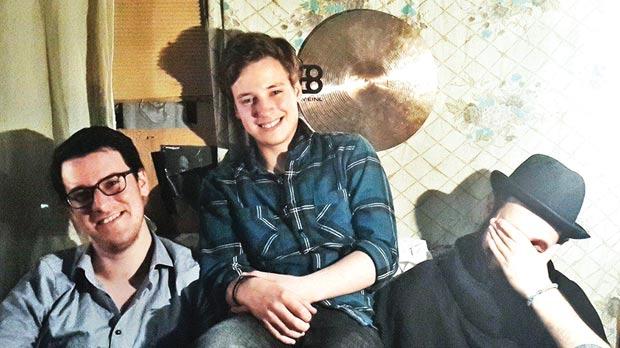 Firstly why CHINA as your band name and not some other country?

When we had decided on Three Stops to China as a band name in 2010, we didn’t really have anything in mind except an oxymoron of having a short distance to a far off place, and China kept sounding the catchiest.  The name just somehow made sense to us with the moods we used to be in and the music we used to write, and even when we went through a couple of different genres (mainly our pop punk and grunge phases), it still sounded relevant.  It has recently become just CHINA because we feel like it perfectly explains us at this point in time – we’ve come a long way together and we feel like we’ve changed quite a lot in the process, delving into more melodic and minimalist genres, but at the end of the day, we’re still the same three people, and echoes of who we were still live on.
You’ve changed your style of music from Punk to Dark Electronic. Why so?

I feel like the first couple of years were our coming-of-age phases.  We all thoroughly enjoyed making that kind of music at the time and we still look back with a certain sense of nostalgia, but we’ve also all agreed that some changes needed to be made throughout the years and genres that we’ve gone through together, and that’s what led to what can only be described as a much more mature and complete sound and image.  A great deal of nostalgia will always be present in our music, be it an energetic and positively charged one, or a slightly more longing, pensive one.  Some changes didn’t even require any discussion, with the shifts at times feeling like the obviously right thing to do as a next step. We are always open to change, and we constantly try to make the most out of the sometimes-limited human resources of a three piece band.  All I can say is that five years on, at this point in time, this is what makes us feel the same pride we once had for rather different-sounding songs.
When you came to know that you would be opening up for ‘Big Deal’ what was your reaction?

I for one am still not sure I quite comprehend just what that means.  Dream Machines – along with Beach House’s Bloom – was one of the albums that I kept going back to while we were writing our last EP Take Me to The Beach, which was in fact our dreamiest release to date.  Finding out that Big Deal were coming to Malta was already great news; being asked to open for them was (and still is) just surreal.

What doors/opportunities do you hope Bewildered Music Festival opens up for you as a band?

This will be the third and last 2015 headlining gig for us.  We’ve used this year to showcase a sound and image that are still relatively under construction.  Living on such a tiny rock and surviving within such a limited scene really helps you gauge the (small) public’s reaction.  With Bewildered, we hope to reach a larger audience, which would give us a further constructive step in our songwriting process.  Beyond that, getting to play for a band that served as a personal inspiration is also an item I’ll happily tick off my list.
If you had to collaborate with a musician/s for a song who would it be?

There are far too many to even dare mention, but as of this very moment, it would probably be Nils Frahm, Ólafur Arnalds or Sigur Rós.  If I had to choose just one right now, it would definitely be the latter, for Varúð.

Why should people attend this festival?

You get to watch foreign-festival-level bands, on what is quite possibly Malta’s most opulent stage, along with some of the country’s finest acts, and all of this for the same price as some pub gigs or a night of DJ-playback tunes featuring the same songs you listen to on the radio every day anyway.  I think it’s pretty much a no-brainer.

Any Chinese treats for the audience on the night?

No actual treats per se, but the performance is still promising to be pretty sweet.  For the night, we’ve decided to be as honest as possible, and combine the best of who we were, who we are, and who we want to be, so expect a couple of tracks that we haven’t played in quite a while now, along with others that you might have never heard before.  It proved to be a little arduous of a setlist to strategically plan, but I think we’ve finally nailed it.  You be the judges on the night